One of the first things you notice about downtown Indianapolis’ first playground in Mile Square is the color blue. Lots of blue. Indianapolis Colts blue. But that makes sense, as the Colts Canal PlaySpace – which opened to the public on November 8, 2018 – was made possible largely by funds from the Indianapolis Colts Foundation. Colts Canal PlaySpace is Located in Downtown Indianapolis on the Canal 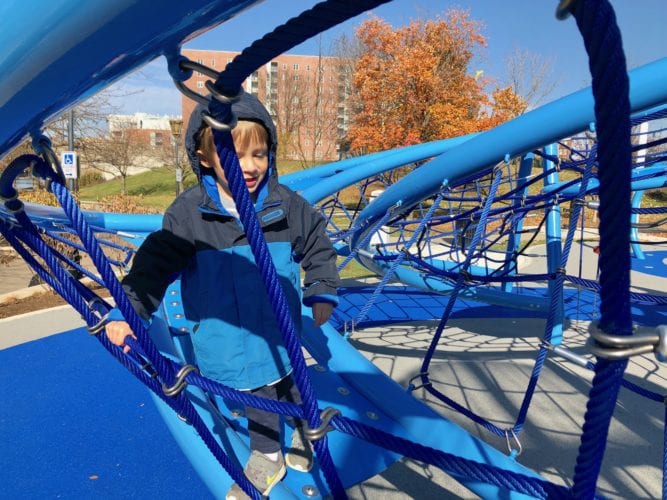 Many of the playground’s features require climbing, so the Colts Canal PlaySpace is especially fun for older, school-aged kids who like to scale and be adventurous. Little climbers will have a blast making their way up the huge structure to the top of the lookout, which is the only way to get to the entrance of the giant, fast-moving metal tunnel slide. The playground is equipped with soft, cushioned flooring to make landing (and falling – hey, it happens!) a little easier. 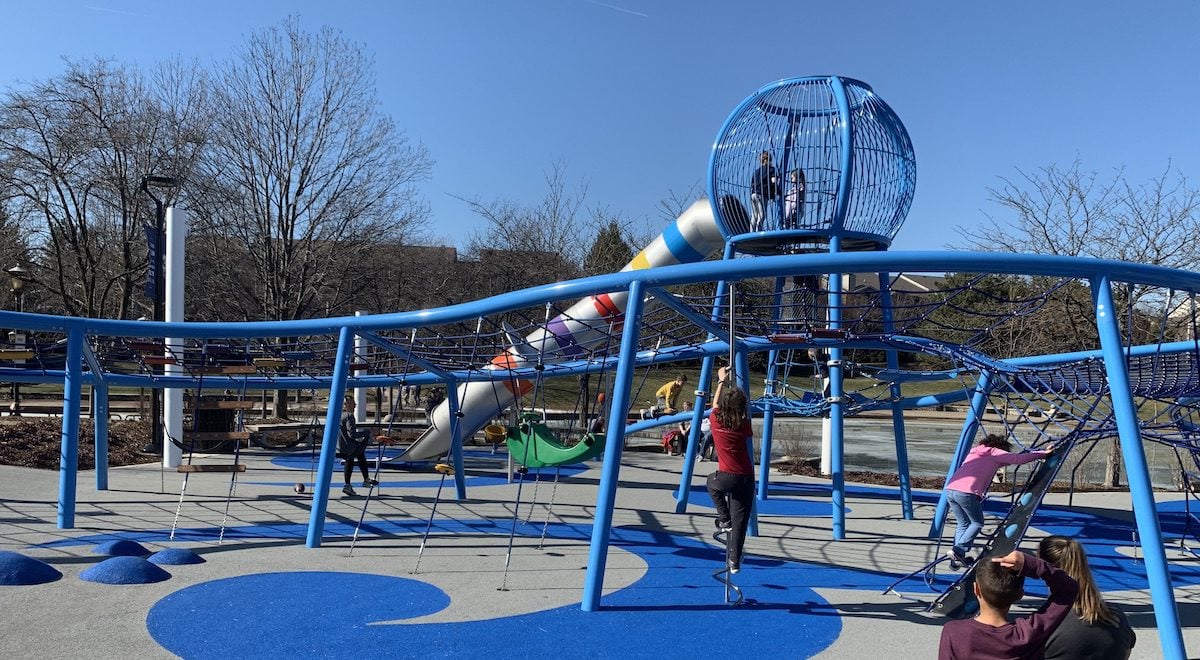 While the older kids are climbing, there are lots for toddlers and young children to do, too. Small kids can slide down the short and stout slide that’s wide enough to accommodate at least three friends sitting side by side. (If you’re familiar with the large, wide slide at Tarkington Park, then you’ll know that this is like a mini version of that!) There are also webbed, hammock-like swings and a little-netted merry-go-round that goes around and around. Drinking fountains — for people and dogs — are on site, but public restrooms are a short two-minute walk north up the Canal Walk, with a baby changing table in the women’s restroom. The Colts Canal PlaySpace connects to the Indianapolis Cultural Trail, so it’s easy to get here by bike. If you come by car, you’ll have to find parking either on the street above the canal, or at the public parking garage (about $1 per hour) in the same building as the public restroom.

The Colts Canal PlaySpace is open every day from dawn to dusk, so make sure to check it out the next time you’re near the Downtown Canal Walk!