It’s not too late for children and families to register for The Indianapolis Public Library’s 2019 Summer Reading Program, “Keepin’ it 100,” which continues through Saturday, July 27 at all IndyPL locations.

In addition to receiving prizes donated by community partners for their reading activity, participants can celebrate the program’s 100th anniversary by visiting the Library to vote for their favorite kids book from the past century from a list of 20 nominated by the community. Based on votes received, Indy’s Favorite Book from the last 100 years will be announced in August.

When individuals register at any Library location, including the Bookmobile, they’ll receive a special 100th anniversary commemorative item along with a point card to keep track of their reading progress.

This year’s prizes include paperback books, earbud holders, glitter or neon slime, and buy-one get-one free passes to Indy Parks pools, Indianapolis Symphony on the Prairie, and Indianapolis Colts, the Indianapolis Indians and Indiana Fever games. Summer readers will be entered to win one of two college savings accounts worth $529 from CollegeChoice CD Savings Plan, as well as a Grand Prize VIP Pack of four tickets with sidelines passes to an Indianapolis Colts game. In addition, a pair of tickets to a Colts game will be awarded to one winner at each of the Library’s 24 locations. 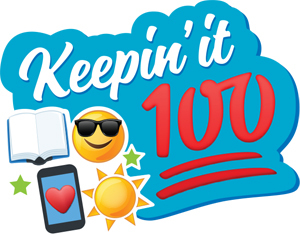 Participants are encouraged to use their passes to attend the Summer Reading Celebration during Library Night at Victory Field on Monday, July 15 at 7 p.m.

The Swisher Foundation, Inc., in memory of Glenn M. Swisher; and Toysmith.

For more information on the 2019 Summer Reading Program, visit your local branch or go to indypl.org/srp.